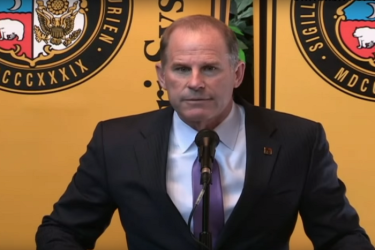 Today University of Missouri President Tim Wolfe resigned. He resigned due to the pressure coming at him from many groups over his handling of racial incidents on campus. Now many are whining that he should not have resigned as he didn't commit any of those alleged incidents. That may be true, but he did nothing to change the environment in which they occurred and continued to occur. There was no institutional control and if there had been any at all things would not have gotten to the point they did. As president he had a duty and an obligation to set the tone for what would be acceptable on campus. He failed at that.

Groups had been protesting for months about his lack of action and or lack of communication. It's clear from a discussion with a group of ten black members of Legion of Black Collegians about systematic racism that their issues were not taken seriously at all by him.

Oh really @UMPrez this is what you think Systematic oppression is?!? @umcurators @CNN @Oprah pic.twitter.com/eSuOqPfT2b

Even in his own statement on November 6, 20125 before the players threatened to boycott Wolfe admitted that there was racism on campus:

Racism does exist at our university and it is unacceptable. It is a long-standing, systemic problem which daily affects our family of students, faculty and staff. I am sorry this is the case. I truly want all members of our university community to feel included, valued and safe.

The question is why didn't he do ANYTHING about that long-standing racism? Wolfe's job is to set up an environment which is conducive for ALL students to learn. He failed to due that for black students affected by on campus racism and he failed the rest of the student body by allowing this to become a major distraction.

It should not have taken the threat of a boycott from football players from upcoming games for the racial situation on campus to be addressed. If Wolfe had shown just an ounce of empathy he would still be president today.

Tim Wolfe had to go.