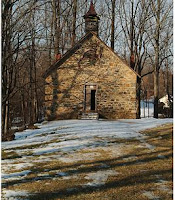 A fire at a Northern Virginia church with historical roots in the African American community was deliberately set, authorities said Friday.
The fire was reported Oct. 22 at the Grace Annex United Methodist Church in Purcellville, said Laura Rinehart , a spokeswoman for the Loudoun County fire department.
In a statement released to the media, Rinehart said fire investigators had determined that the fire was “incendiary in nature.”
It remains under investigation, she said.
According to the statement, the early-morning fire caused a minimal amount of damage to the structure, and did not impede church operations.
Available historical information traces the roots of the church, in part, to a 19th-century congregation of Freedmen and Quakers that was established in the Lincoln area of Loudoun.
That church was described as one of the first black churches permitted by law in Loudoun.
[SOURCE]
Posted by Councilman George L. Cook III at 7:55 AM