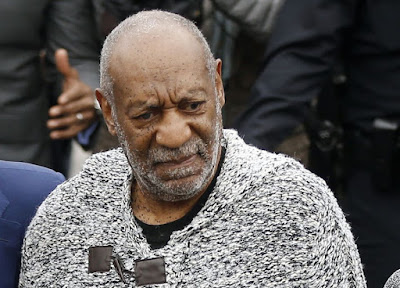 Bill Cosby's lawyer, Monique Pressley has released the following statement after Cosby was arraigned on a second-degree felony charge of aggravated indecent assault by the Montgomery County District Attorney's Office.

"The charge by the Montgomery County District Attorney's office came as no surprise," the statement to Us read. "Filed 12 years after the alleged incident and coming on the heels of a hotly contested election for this county's DA during which this case was made the focal point. Make no mistake, we intend to mount a vigorous defense against this unjustified charge and we expect that Mr. Cosby will be exonerated by a court of law."