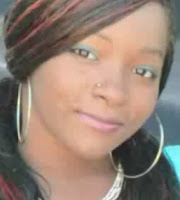 This case may not be as well known as Sandra Bland's but it's just as tragic. Nimala Henry was also found dead in her cell in after being unable to make bail. George Cook AfricanAmericanReports.com

A federal grand jury indicted four Louisiana corrections officers Thursday, charging them with violating the civil rights of inmate Nimali Henry, who died in prison last year after her medical needs were allegedly ignored. The indictment says the officers from St. Bernard Parish Prison in Chalmette, Louisiana, knew Henry, 19, had serious medical conditions but failed to provide her with necessary help, resulting in her death.

Henry was arrested in March 2014 on minor charges and held in jail after her family could not pay her $25,000 bond. She was arrested for disturbing the peace, simple battery and unauthorized entry after a domestic dispute. Henry, who was mother to a then-4-month-old daughter, was found lying facedown and unresponsive in her cell 10 days after her arrest, after suffering a blood clot leading to her death.