Is the #NoJusticeNoLebron movement fair to Lebron James 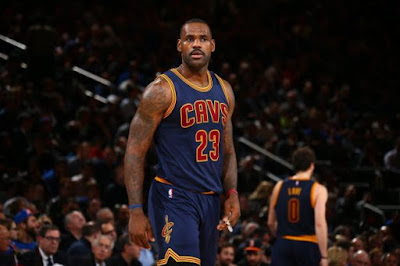 LeBron James spoke publicly for the first time since a grand jury declined to press charges against the police officers responsible for the November 2014 shooting death of Tamir Rice. James has caught a lot of flak for claiming not to know much about the Tamir Rice case. The backlash has lead to the creation of the #NoJusticeNoLebron hashtag which is part of a movement to get Lebron to boycott playing games until justice is served for Tamir Rice.

According to ESPN made the following statement to reporters Lebron James on the topic of the Tamir Rice case:

"But I think the most important thing that we all need to understand, the most important thing, this issue is bigger than LeBron. This issue is bigger than me; it's about everyone. And gun violence and tragedies and kids losing lives at a young age, some way, somehow we need to understand that that matters more than just an individual."

"First of all, I think I've been very outspoken about what I believe in," James said. "What hits home for me, what I am [knowledgeable] about. There's been so many more issues that's gone on that I haven't spoken about.

After reading his statement do you feel that the whole #NoJusticeNoLebron movement is fair to Lebron? Does he owe something to the people who help him make millions a year?

Posted by Councilman George L. Cook III at 11:35 AM