What to do since you are not watching the Academy Awards. 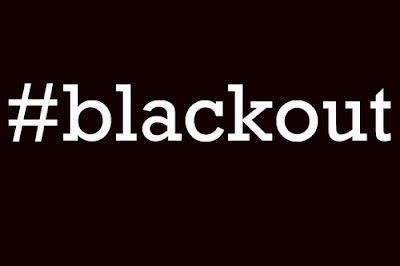 Author’s Note: I might suggest at least tuning in to see the beginning of the show and to hear Chris Rock’s monologue and see how he addresses the #OscarsSoWhite issue.

Many African Americans have planned not to watch tonight’s Academy Awards show in response to the #OscarsSoWhite controversy.

Now there are a good number who had no plans to watch the show anyway, but there are some who normally do if for no other reason than to post negative tweets about it.

Now for those few who had actually planned to watch it, but have chosen instead to support the #Blackout movement I have a few suggestions as to what you might do tonight.

* Watch the All Def Movie Awards show on Fusion TV, which is airing the same time as the Academy Awards. You will have to search for the channel though and then hope that you are subscribed to it.

* Watch The Black Panthers: Vanguard of a Revolution here: http://www.pbs.org/independentlens/videos/the-black-panthers-vanguard-of-the-revolution/

* Read a book. I don’t care which one, just read a damned book and educate yourself. It can’t hurt.

* Watch tonight’s episode of The Walking Dead. Yes, I know they have a habit of killing off black people, but the show has more black characters than most “black” shows to begin with. In the interest of full disclosure, I have to admit I’m a huge TWD fan, so I may be biased here.

* Sit down and talk to those people called your family. Those are the people that live in the same house, normally have the same last name, and you may have occasionally seen them at the dinner table, you may even have spoken to them before.

* Go to sleep. A little extra rest before the start of the work week never hurt anyone.