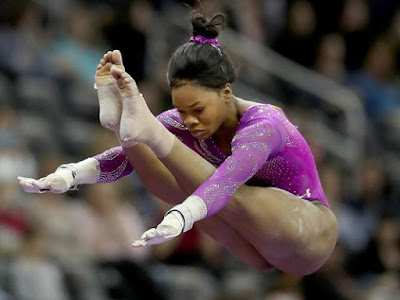 The world championships silver medal should have been enough to erase any doubt in Gabby Douglas’ comeback.

Yes, the reigning Olympic all-around gold medalist is trying to do what has been a sometimes insurmountable task for many talented gymnasts – come back for a second Olympics. And Douglas isn’t coming back for some sort of participation ribbon.

But in case any doubts lingered, she put more to rest on Saturday.

Now 20, Douglas wants to achieve more in the Olympics. She set herself on that path by winning the American Cup at the Prudential Center, earning her first trip to the top of the podium since winning the Olympic all-around in London in 2012.

“From the bottom of my heart, I really believe that I can achieve more,” Douglas said. “And it’s just not for the wrong intentions. I’m like, ‘Guys, I’m back. I’m serious.’ I feel like gradually and the more and more I keep proving that, I really hope that people believe it.”