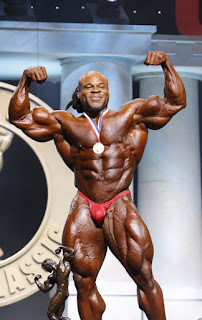 After a drama filled 2015 Kai Greene came out on top at the 2016 Arnold Classic. Congrats to the champ!

Greene received congratulations from Arnold Schwarzenegger, a check for $130,000, a Tony Nowak Official Champions Jacket and the champion’s trophy from Eric Hillman of Europa Sports Products and Eric Torgeson of EAS.

The top six were: