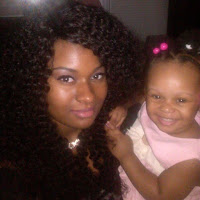 After being involved in a car accident in which her car flipped over several times, 22 year old African American mother Symone Marshall was not taken to a hospital but to a Texas jail. While in jail she reportedly received no medical care for her injuries although she asked for medical attention. Two weeks later she would die while in jail.

Why was she jailed instead of being taken to a hospital first?

Was she every charged with anything?

Why aren't the police talking about either the accident or Marshall's death?

Watch more on this story below.