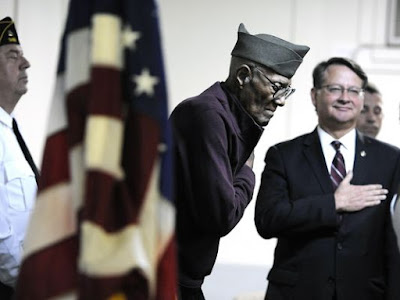 A World War II veteran from Michigan has been honored for his service, 70 years after he enlisted. 92-year-old John Willie Jordan was among the first African Americans to serve in the U.S. Marine Corps. His son, Tracey, watched on as his dad was given a Congressional Gold Medal Monday.