The studio released the full cast list on Friday, announcing that the “Creed” star will play the sword-wielding warrior goddess, Valkyrie, a character previously depicted in the comics as white. While I'm sure Thompson will do a great job and make the role her own, I'm also sure that wont stop the fanboy outrage. LOL. 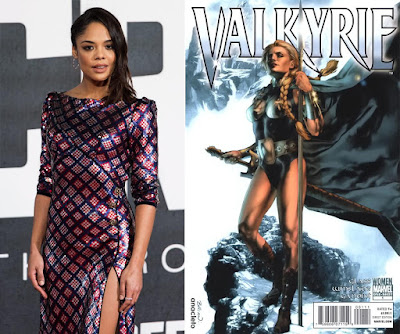