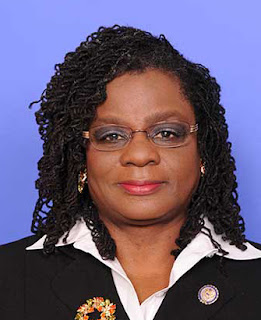 A Congresswoman who is “sick and tired” of drug testing welfare recipients has introduced a bill in Congress that would subject the rich to many of those same requirements.

Rep. Gwen Moore, D-Wis., unveiled Thursday the Top 1% Accountability Act, which would require those claiming itemized deductions of more than $150,000 on their tax returns to submit to drug tests or file for less generous tax deductions.

The proposal is a shot across the bow at Republican governors in states, including Moore’s home state of Wisconsin, that require the recipients of certain welfare benefit programs to be drug tested in order to remain eligible to receive assistance.

“As a strong advocate for social programs aimed at combating poverty, it deeply offends me that there is such a deep stigma surrounding those who depend on government benefits, especially as a former welfare recipient,” Moore said in a statement. “Sadly, Republicans across the country continue to implement discriminatory policies that criminalize the less fortunate and perpetuate false narratives about the most vulnerable among us.”

Moore, who represents Milwaukee, used welfare benefits to work herself out of poverty when she was younger and has said that her goal is to ensure others have the same opportunity.

“I’m grateful for the taxpayers for [welfare], and I have given back tenfold,” Moore told the Guardian. “I think everyone should have that same opportunity.”