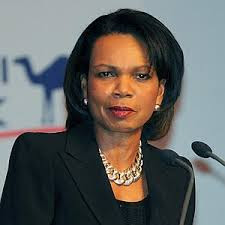 Condoleezza Rice, who served George W. Bush as national security adviser and then secretary of state, has zero interest in being Donald Trump’s running mate, her chief of staff said Friday.

“Dr. Rice has repeatedly said in past cycles as well as this one, she’s not interested in being vice president,” Georgia Godfrey told Yahoo News in a statement. “She’s happy at Stanford and plans to stay.”

Rice will also stay away from Cleveland, where Republicans are expected to anoint the volatile entrepreneur as their candidate. “She does not plan to go to the convention,” Godfrey said.