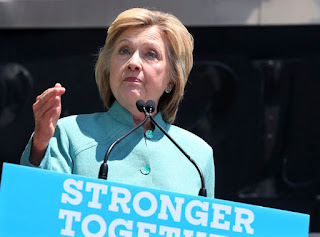 "The death of Alton Sterling is a tragedy, and my prayers are with his family, including his five children. From Staten Island to Baltimore, Ferguson to Baton Rouge, too many African American families mourn the loss of a loved one from a police-involved incident. Something is profoundly wrong when so many Americans have reason to believe that our country doesn’t consider them as precious as others because of the color of their skin. "I am glad the Department of Justice has agreed to a full and thorough review of this shooting. Incidents like this one have undermined the trust between police departments and the communities they serve. We need to rebuild that trust. We need to ensure justice is served. That begins with common sense reforms like ending racial profiling, providing better training on de-escalation and implicit bias, and supporting municipalities that refer the investigation and prosecution of police-involved deaths to independent bodies. All over America, there are police officers demonstrating how to protect the public without resorting to unnecessary force. We need to learn from and build on those examples. "Progress is possible if we stand together and never waver in our fight to secure the future that every American deserves."

[SOURCE]
Posted by Councilman George L. Cook III at 5:21 AM