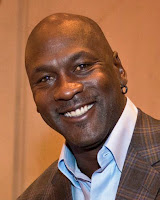 NBA legend Michael Jordan who has often been criticized for his lack of community engagement and unwillingness to speak out on issue that concern race in America has finally decided to step up. In light of recent shootings of unarmed black men and police officers he has decided to donate 1 million dollars to two organizations in an attempt to help stop the violence on both sides.

Michael Jordan wrote and released a statement on The Undefeated. Here is the excerpt in which he mentions his donations.

...I am making contributions of $1 million each to two organizations, the International Association of Chiefs of Police’s newly established Institute for Community-Police Relations and the NAACP Legal Defense Fund. The Institute for Community-Police Relations’ policy and oversight work is focused on building trust and promoting best practices in community policing. My donation to the NAACP Legal Defense Fund, the nation’s oldest civil rights law organization, will support its ongoing work in support of reforms that will build trust and respect between communities and law enforcement. Although I know these contributions alone are not enough to solve the problem, I hope the resources will help both organizations make a positive difference.