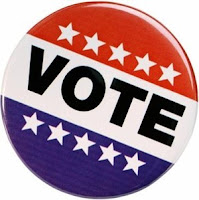 A Texas law requiring voters to show a government-issued form of photo identification before casting a ballot is discriminatory and violates the U.S. Voting Rights Act, a U.S. appeals court on Wednesday ruled.

The U.S. Court of Appeals for the Fifth Circuit, in a close decision among a special 15-judge panel, also sent the case back to a district court to examine claims by the plaintiffs that the law had a discriminatory purpose.

The New Orleans-based Fifth Circuit, which has a reputation as one of the most conservative federal appeals courts, asked the district court for a short-term fix to be used in Texas in the November general election.

Critics of the law and others like it passed in recent years in Republican-governed states said similar statutes are intended to make it harder for minorities such as African-Americans and Hispanics who tend to back Democrats to vote. Backers of these laws say they are necessary to prevent voter fraud.

The court ruled 9-6 that the law had a discriminatory effect. The judges were divided differently on other parts of the ruling.

"We acknowledge the charged nature of accusations of racism, particularly against a legislative body, but we must also face the sad truth that racism continues to exist in our modern American society despite years of laws designed to eradicate it," the court said.

Challengers of the Texas law say that up to 600,000 people would be unable to vote if the law was fully in effect.