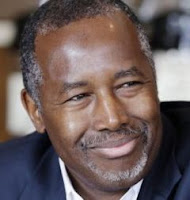 Even Ben Carson thinks Donald Trump has gone too far in calling Hillary Clinton a bigot. I don't know what's more amazing, that Carson spoke out or that he stayed awake long enough to do so. Read his remarks below.

“I don’t generally get into the name-calling thing,” the former presidential candidate and retired neurosurgeon told The Daily Beast on Friday. “I kind of left that behind in the third grade. I certainly don’t encourage it because the issues that we’re facing are incredibly important for us and for the future generations.”

“That’s what people do who don’t have anything to talk about,” Carson said, referring to both candidates trading accusations of racism and bigotry.