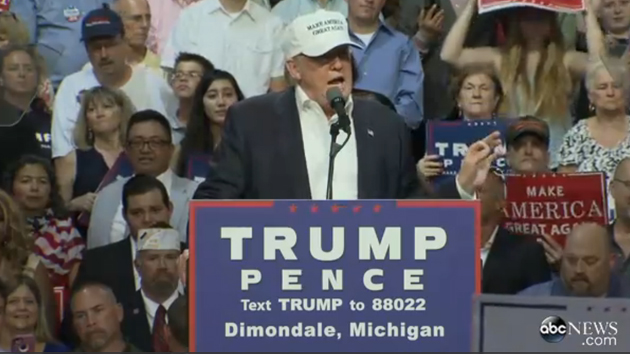 Donald Trump has recently been making "outreach" to African American voters. Now he is doing it by spouting negative stereotypes and lies about blacks living in the inner city masquerading as facts in front of predominantly white audiences. One of those lies is that most African Americans live in poverty. What was surprising to me was even black Republicans who have avoided even talking about Trump supported this statement as it fits into their attacks against the Democratic Party. They should know better. Now as the old Daniel Patrick Moynihan saying goes "Everyone is entitled to their own opinions, but they are not entitled to their own facts."

Trump's statement is simply not true. You can imagine the surprise among myself, family, and friends when we discovered via Trump that most of us lived in poverty. While none of us are rich most of us are lower to upper middle class, own homes, and have some savings.

Now there are those of us that live in poverty, and I know a few, but they are hardly the majority. According to the following sources 26%-27%of African Americans do live in poverty:

While 26%-27% is a nothing to be happy about and a percentage that needs to be improved it is in no way the majority of African Americans. I know Trump is good at spinning numbers but in no country, or planet, galaxy, universe, alternate universe, or multiverse in would that be true that 26%-27% is more than 73%-74%.

That would make Trump's statement a bold faced lie. Then why tell it? Because his supporters won't check those numbers and will eat it up because it fits in with their stereotypes of African Americans. Trump can then claim that he tried outreach to black voters while knowing that he was actually catering to the racial beliefs of his base.

Yeah, that's a great way to get the black vote.

Posted by Councilman George L. Cook III at 5:56 AM