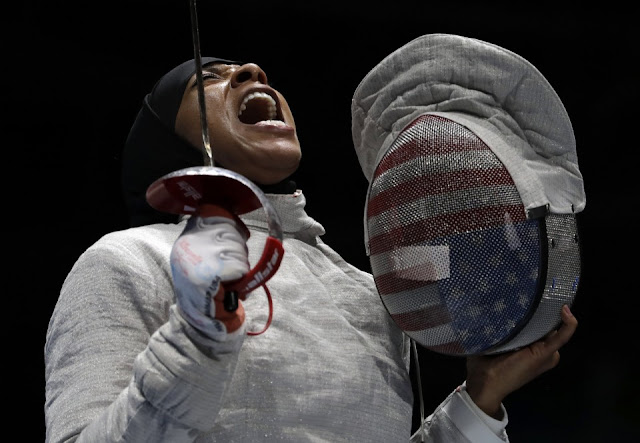 Earlier this week Ibtihaj Muhammad became known for making history as the first American woman to wear a hijab during Olympic competition. Now she along with her her fencing team have a medal to show that they belonged with the world's best.

Maplewood NJ native Ibtihaj Muhammad failed in her attempt at an individual medal at the Rio Olympics she didn't give up. Along with her teammates Dagmara Wozniak, Monica Aksamit, and Mariel Zagunis Team USA defeated Italy 45-30 in the bronze medal bout of the team sabre event.

"This has been a long journey for us," Muhammad said. This is six years in the making. We've worked so hard for this, and to be able to compete at the level that we've worked towards, on the world's biggest stage at the Olympic Games, is truly a blessing for us."