Why Black Teens May Feel Pulled Between Health and Hair 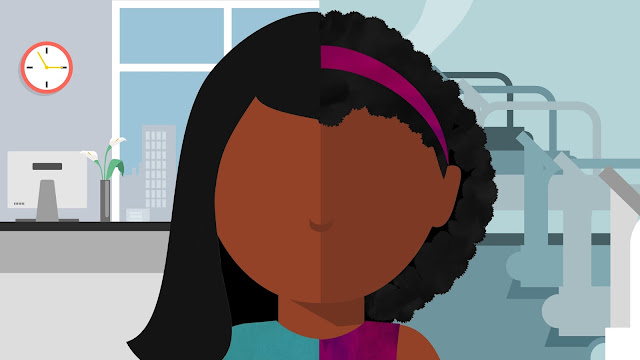 Cultural pressure surrounding hair is so powerful that some African-American adolescents say they avoid sweating because it could mess up their tresses.

So Woolford, a pediatrician at the University of Michigan’s C.S. Mott Children’s Hospital and Child Health Evaluation and Research Unit, along with her sister Carole Woolford-Hunt, Ph.D., of Andrews University in Michigan, and David Williams, Ph.D., of Harvard University, studied this cultural phenomenon. The researchers asked: Are lower levels of physical activity among African-American teens related to hair care?

The small study, which was recently published in BMC Obesity, included 36 African-American girls ages 14 to 17 in three states. The authors found a consistent theme among participants: Adolescent girls preferred straightened hair, which was viewed as the most “attractive” style, and said they avoided getting wet or sweating during exercise because they worried it would ruin their hairstyle.

When concerns about hairstyles began between ages 8 and 15, participants changed from “juvenile” (natural) styles to “adult” (straightened) styles.

Participants avoided getting wet or sweating during exercise because their straightened hair became “nappy.”

Braids with extensions and natural styles were viewed as better for exercise, but not viewed as attractive.

Participants almost universally selected long, straight hairstyles as most attractive. Some thought short, natural hair was OK but that it “only looks good on some people.”

Read more about the study here: Why Black Teens May Feel Pulled Between Health and Hair