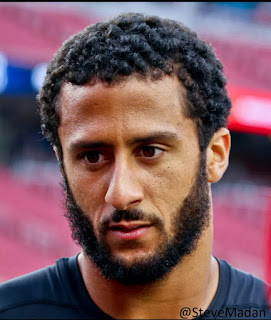 The Santa Clara Police Union has sent a letter to the San Francisco 49ers threatening that their members will no longer volunteer to provide security at home games unless Colin Kaepernick is disciplined. Now, of course, the first obvious question any rational human being would ask is discipline him for what? He has broken no team rules or policies but only exercised his rights as stated in the US constitution, so what is there to punish him for?

Here is another example of police officers acting like fragile little lilies who can't bare to have big mean bad words thrown at them. They want to pretend to be tough guys, but it hurts their feelings because some guy protest? They could have used this as an opportunity to open up a dialogue with Kaepernick and work with him to show a different side of the police that many minorities don't see, but no they want to fall on the ground and throw a tantrum. Watch video of the story below.

Posted by Councilman George L. Cook III at 9:28 AM