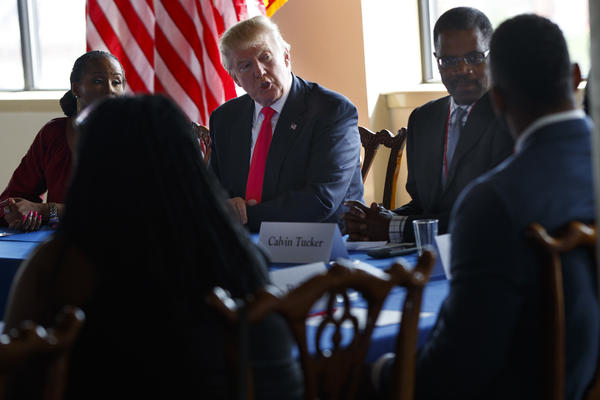 On Friday Republican presidential nominee met with several black Republicans in Philadelphia. What bothered me is that many headlines on this story made it seem as if Trump was meeting with black leaders. They made it look as if he were meeting with mainstream African-American leaders when in fact he was not.

Here are examples of a few of the headlines in the mainstream media.

The reality is he was meeting with people with little or no sway in the black community. One doesn't arbitrarily get the title of leader because of a title they may hold, one earns it through the work that they have done.

If you walked in front of a predominantly black audience and tried to present these black Republicans as black leaders, you would think that you were in a room full of owls when you heard the word who being repeatedly said. I'm talking about people such as Daphne Goggins, a local Republican official or Calvin Tucker, the head of the Germantown Republican Club.

These are people who have not done any work in the Black community let alone be leaders. This whole thing was a dog, and pony show with black individuals who were voting for Trump anyway.

It was just another Trump reality show.