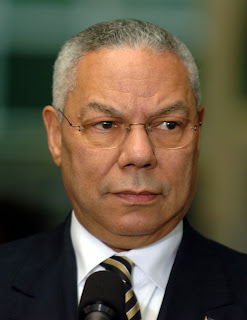 You knew this was going to happen, right? Former Secretary of State Colin Powell announced that he will vote for Hillary Clinton at a luncheon on Tuesday.

Powell made his announcement at a Tuesday event hosted by the Long Island Association, a business group focused on development in Long Island, New York.

The announcement was confirmed by Powell's chief of staff, Peggy Cifrino.