Why Trump's plan for his supporters to monitor election sites in "urban" areas wont work. 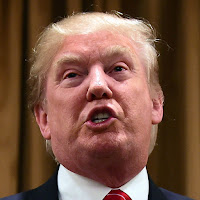 During a campaign rally in Detroit Donald Trump encouraged his overwhelmingly white supporters to go into "urban" areas on election day and to monitor what is going on. Read his quote below:

Here's the full Trump riff on voter fraud from this evening in Novi. Mich., in which he urges his supporter to monitor polling places. pic.twitter.com/S3Vt1TzOvW

Like most Trump ideas this has not been very well thought out.

Now I have to ask what exactly are these monitors supposed to do? In many states, monitors/challengers have to be appointed by a candidate or party chair, and a list of challengers has to be submitted to the county board of elections at least two weeks before the election. They must also wear challenger badges even to go into the polling place to review what is going on and to challenge anyone they feel is not a legitimate voter. Also, you just can't challenge someone because you feel they shouldn't be there, there has to be a valid reason for that challenge and beings as these monitors don't live in the area or know the people that vote at that site on what basis would they question?

Here is a list of things challengers can't do here in my home state of New Jersey:

 challenge any voter on the basis of race, ethnicity, expected manner of voting, or the location of the voter’s actual residence in a housing complex, ward or other part of town or county (N.J.S.A. 19:15-18);

 sit with the district board workers;

 stand over the district board workers;

 participate in the signature comparison process, which is the exclusive responsibility of the board worker;

 harass or intimidate voters or cause any disturbance in the polling place. N.J.S.A. 19:34-29;

 wear any campaign insignia whatsoever. This includes buttons or any clothing with indicia relating to any candidate, a political party or referendum. N.J.S.A. 19:34-15;

 decline, refuse or neglect to wear the challenger badge or fail to present the challenger credentials to the district board upon arrival at the polling place. N.J.S.A. 19:7-6.

I'm sure most states have similar regulations for monitors/challengers and with that in mind what could they possibly do other than to hope to intimidate voters in "urban" areas. Unfortunately for those Trump supporters dumb enough to follow Trump's advice they will find out that black voters from 18 to 90 years old don't intimidate easily. These fools who felt that had some type of power because they support Trump will find themselves being the ones who are intimidated and quickly realizing that like voting for Trump this was a bad idea.