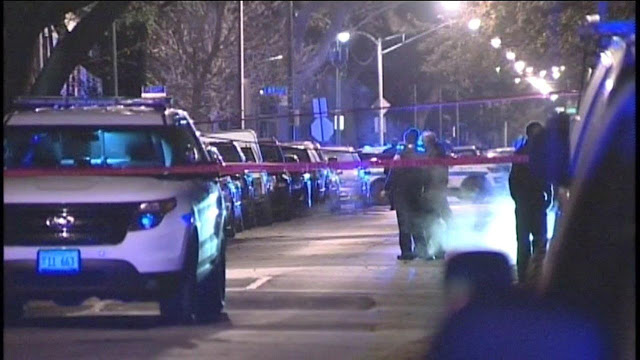 This has got to stop, we are at a point where people are actually saying "only" 8 died as if that's a good thing. There are enough threats out there to young black men without us adding to them. There is no amount of police, no amount of laws that can be passed to stop this violence, no amount of marching, and no amount of pastors preaching that can stop this violence. The way to end this violence It lies with us, the black community as a whole. When we truly decide that enough is enough, the shootings will stop. George L. Cook III AfricanAmericanReports.Com.

At least 58 people have been shot, 8 fatally, in attacks across the city over Thanksgiving weekend, according to Chicago police.

Last year, 8 people were killed and 20 were wounded in shootings during the same holiday weekend.