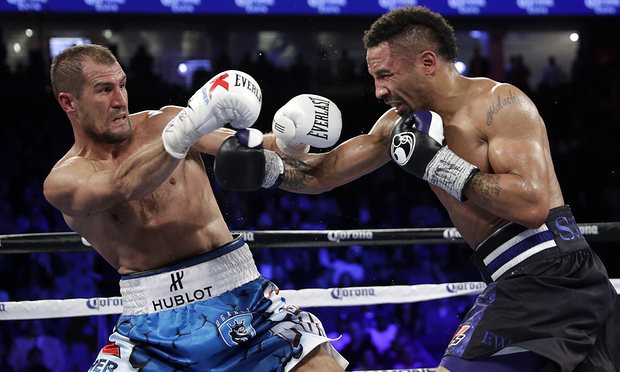 Andre Ward showed the true heart of a champion by getting up off the canvas after a second round knockdown and going the full 12 rounds to defeat fellow champion Sergey Kovalev.

In what is sure to be a fight of the year candidate, Ward outscored 114-113 on all three judges cards in a unanimous decision to become the new light heavyweight champ. He now holds the WBA, WBO, and IBF belts. His professional boxing record is now 31-0 and he is now considered the best pound for pound boxer in the sport.

Ward has already stated that he is open to giving Kovalev a rematch. This being boxing we will see if that ever happens but congratulations to the undisputed champ, Andre Ward.