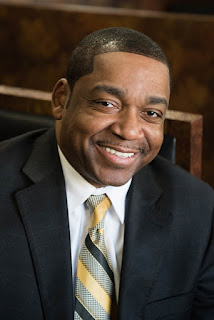 Mainor, 49, who was elbowed out of a fourth term in the Assembly last year, said in an interview at Larsen's Restaurant on Bergen Avenue that he's running for mayor to make sure every resident enjoys the fruits of Jersey City's renaissance.

"Everybody should be a part of Jersey City moving forward and I don't see that right now," he said.

Mainor, who lives on Wade Street in the city's Greenville section, said his campaign will focus on decreasing crime, bringing jobs to city residents and improving education by strengthening ties between City Hall and the public-school district.

Mainor said he intends to be mayor "of the whole city, not just the Waterfront."

"There are parts of the city that do receive more attention than others," Mainor said.