Dylann Roof will not use mental health to avoid death penalty 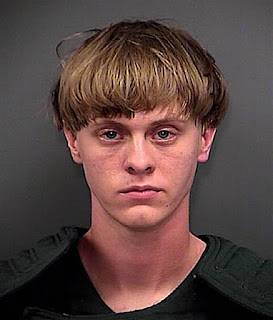 Convicted murderer Dylann Roof will not ask jurors to take his mental health into consideration next month during the death penalty phase of his trial for killing nine black churchgoers in Charleston, South Carolina.

Roof was found guilty on Thursday of 33 charges of federal hate crimes after a six-day trial featuring harrowing testimony about the night of June 17, 2015, when he attended Bible study at Emanuel African Methodist Episcopal Church before opening fire on the parishioners.

Roof's decision not to call mental health experts or present mental health evidence came after he called the field of psychology a "Jewish invention" in his journal, part of which was read aloud at his trial earlier this month.

"I am morally opposed to psychology. It is a Jewish invention that does nothing but invent diseases and tell people they have problems when they don't," Roof wrote.

The jury is scheduled to begin hearing evidence on Jan. 3 in the second phase of the trial, which will determine whether Roof faces execution.