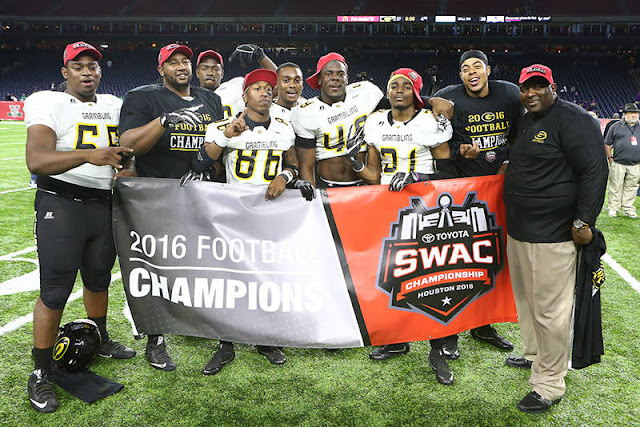 The Grambling State Tigers (10-1) are the SWAC champions once again. After being down 17-0 at halftime the Tigers stormed back behind running back, Martez Carter and Quarterback Devante Kincade to beat Alcorn State Braves 27-20.

Carter rushed for 135 yards on 15 carries, had 66 receiving yards, and 142 return yards while Kincade passed for 235 yards and two touchdowns.

The game was a rematch of the 2015 SWAC title game, which Alcorn State won 49-21. This marks the seventh championship game win for the Tigers, and the first for GSU coach Broderick Fobbs.

That game will be played on December 17, 2016 at the Georgia Dome in Atlanta.