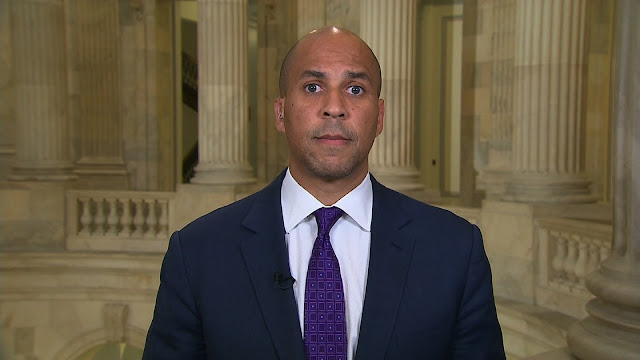 In a Thursday night interview with CNN’s Erin Burnett, Booker said the media coverage of Trump should resemble reporting on any other politician. He argued that liars should be called “liars” and propaganda should be called “propaganda.”

WHO IS THIS NEW CORY BOOKER?
Posted by Councilman George L. Cook III at 10:22 PM