Omarosa Manigault is in Trump’s White House, but what does she do there? 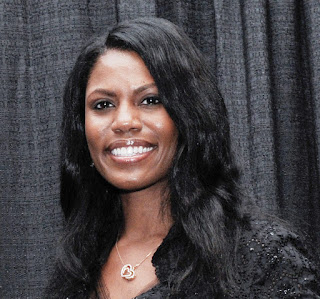 In Omarosa Manigault’s brief tenure as assistant to the president, as she has worked to bridge a divide between black America and the man she has long supported. Many including black republicans would say that she has been ineffective in that role.

Manigault, 43, is fiercely loyal to Donald Trump, whose decision to cast her as an alpha-female villain in the first season of “The Apprentice” more than a decade ago made her a reality television celebrity. Manigault also appears to have Trump’s ear, and some black political observers see her as an important ally in a White House that is overwhelmingly white and male.

But if her devotion explains how Manigault wound up in Trump’s White House as the highest-ranking African American in the West Wing, it is far less easy to explain exactly what she’s doing there. Some African American political insiders already have concluded that she is ineffective, and she is routinely derided on social media as simply providing cover for a president deeply unpopular with African Americans. Some black Republicans were particularly critical of the Trump administration’s handling of the HBCU initiative, which included a White House meeting with the school officials that some viewed as little more than a photo op for the president.

Read more: Omarosa Manigault is in Trump’s White House because of her loyalty. But what is she doing there?

Labels: African Americans in the Trump administration, black republicans, Omarosa Manigault, politics, What does Omarosa do at the White House

Yup, coons have a short leash, a bleek furure, and no retirement plan.

Proverbs 3:31
[31]Envy thou not the oppressor, and choose none of his ways.