Everything Wrong with Charter Schools on Display in New Orleans 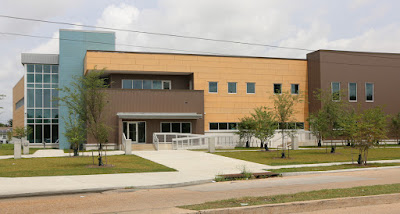 The birthing of the charter system occurred in 2005 when the community was displaced by Katrina. Control of the public school system was taken away from a board which had an elected majority of African American officials and was given to the white majority board of the state system

The first casualty of the abrupt change was the termination of the South’s largest local union and the firing of over 7000 most African American female teachers. Attorney Willie Zanders told the NAACP of the years of struggle for those teachers which, though initially successful, ended in bitter defeat years later. The city’s veteran black educators were replaced by younger, less qualified white teachers from Teach for America and Teach NOLA.

The change to charters reduced the percentage of black teachers from 74 percent to 51 percent. There are now fewer experienced teachers, fewer accredited teachers, fewer local teachers, and more teachers who are likely to leave than before Katrina. Five charter schools have tried to unionize with United Teachers of New Orleans. Though two schools cooperated, two other charters have said they are exempt from NLRB – a position rejected by the National Labor Relations Board. One of those charter schools shut out the public in 2016 by meeting privately and online over how to respond to unionization efforts.

New Orleans now spends more on administration and less on teaching than they did before Katrina. One charter school executive, who oversees one K-12 school on three campuses, was paid $262,000 in 2014. At least 62 other charter execs made more than $100,000. This compares with the salary of $138,915 for the superintendent of all the public schools in Baton Rouge.

Read more: Everything Wrong with Charter Schools on Display in New Orleans