Ben Carson refers to poverty as a ‘state of mind’ 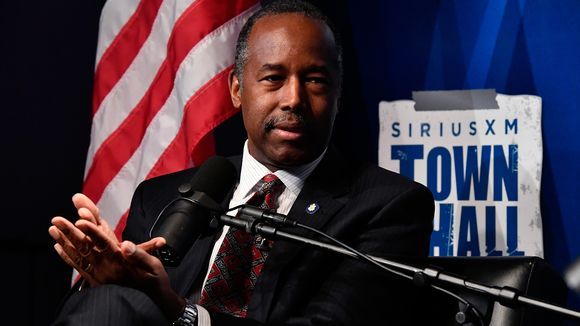 Looks like Uncle Ruckus is up to his old tricks again. Housing Secretary Ben Carson added to his list of stupid comments during a town hall by saying that poverty is, and I quote "A state of mind". George L. Cook III African American Reports.

In an interview released Wednesday, Housing and Urban Development Secretary Ben Carson said that a "certain mindset" contributes to people living in poverty, pointing to habits and a "state of mind" that children take from their parents at a young age.

"I think poverty to a large extent is also a state of mind. You take somebody that has the right mindset, you can take everything from them and put them on the street, and I guarantee in a little while they'll be right back up there," he said during an interview on SiriusXM Radio with Armstrong Williams, a longtime friend.

"And you take somebody with the wrong mindset, you can give them everything in the world, they'll work their way right back down to the bottom," Carson said.

Looks like Uncle Ruckus is up to his old tricks again. Today Housing Secretary Ben Carson added to his growing list of dumb statements by saying that poverty is a state of mind.

Carson said during the interview that "the wrong mindset" is the product of negative parenting habits and exposure.

"There's also a poverty of spirit. You develop a certain mindset," he said.

Carson made the comments during a town hall recorded Tuesday which will air in full on SiriusXM Wednesday night. Sirius released clips of the interview to news organizations to promote the show.

The secretary said that he believes that government can provide a "helping hand" to people looking to climb out of poverty. But he warned against programs that are "sustaining them in a position of poverty. That's not helpful."

"I think the majority of people don’t have that defeatist attitude, but they sometimes just don’t see the way, and that’s where government can come in and be very helpful," he said. "It can provide the ladder of opportunity, it can provide the mechanism that will demonstrate to them what can be done."