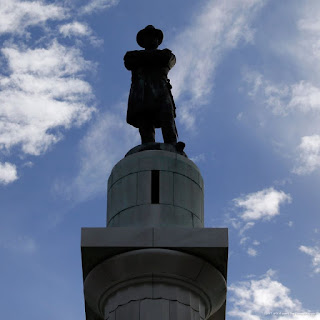 Wow, some still don't want to acknowledge that a group of traitors to the United States lost the Civil War, and still want to fawn statues of losers who thought slavery was just fine. Against the objections of black law makers Alabama's Republican Governor Kay Ivey signed a bill that protects most Civil War Monuments. George L. Cook III.

Alabama Gov. Kay Ivey on Wednesday signed into law sweeping protections for Confederate and other long-standing monuments, a move that comes as some Southern cities remove Confederate monuments from public grounds.

"Contrary to what its detractors say, the Memorial Preservation Act is intended to preserve all of Alabama's history -- the good and the bad -- so our children and grandchildren can learn from the past to create a better future," Allen said.

African-American lawmakers opposed the bill at every step of the legislative process. They argued that the monuments pay tribute to the shameful legacy of slavery.