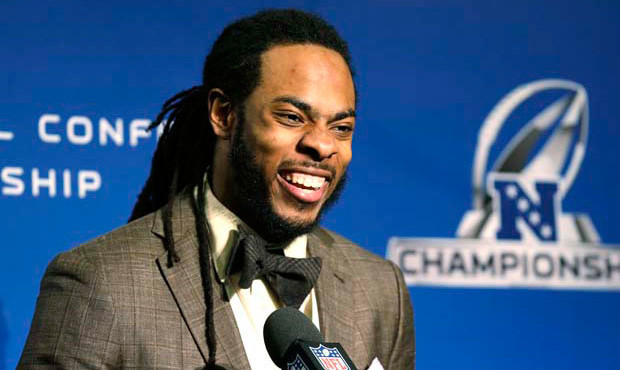 Seattle Seahawks cornerback Richard Sherman told a Virginia high school student last year that he would give her a personally funded scholarship if she brought up her grades.

And now, he's making good on his promise.

According to the Richmond Times-Dispatch, Sherman's initial conversation with Hershai James occurred last year at a charity event hosted by his former teammate Michael Robinson. Sherman challenged James to make the honor roll at Varina High School as a senior, and she did.

"It goes back to knowledge is power, and if you have knowledge, you're going to be as powerful as you ever want to be," Sherman told the newspaper. "Nobody stops anybody from reading and educating themselves. Mike is only trying to empower these kids to be everything that they can be, and if we can help with that with our presence, with our [autographed] jerseys [for an auction], with our words, we'll do everything we can."

The exact amount of the scholarship is being kept private. James plans to attend Norfolk State.

"When my senior year began, I definitely had the scholarship in my head as motivation," James told the newspaper. "With being a senior, the year is really stressful. Having something to look forward to helped. It's like saying my hard work and dedication had paid off."