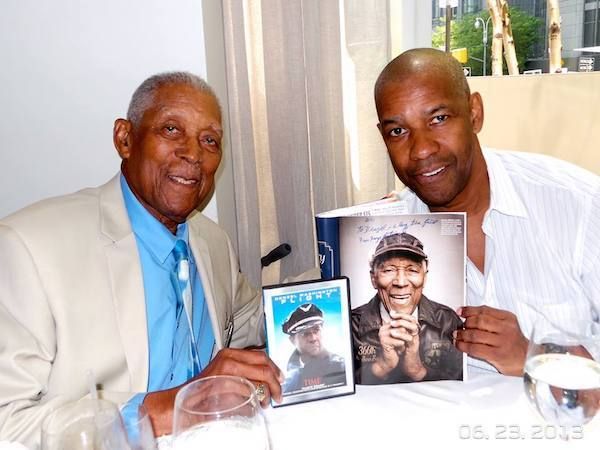 George Watson Sr. of Lakewood NJ, one of the original Tuskegee Airmen has died. He was 96.

Mr. Watson died of complications due to pneumonia on June 19. Services will be held at 11:30 a.m. Saturday at Calvary Lighthouse Church, just a few hundred feet away from the Watson home on East County Line Road.

During his 26 years of service in the U.S. Army and U.S. Air Force., he was assigned to stations in Germany, England, Turkey, Iran and McGuire Air Force Base in Burlington County, his grandson Bryce Watson said.

His duties during World War II included delivering aircraft parts to the "Red Tails," the nickname for the African-American airmen responsible for flying escort for heavy bombers. His grandson said he was injured while on guard duty, but later returned to service.

After retiring, Tech Sgt. Watson managed the Greenwood Cemetery in Lakewood, his grandson said. He also made a life out of talking to schools and community groups about the Tuskegee Airmen.

Two films were made about the legendary Tuskegee Airmen, and Watson was interviewed and credited for his contribution to George Lucas' 2012 movie "Red Tails." Experts estimate that fewer than 200 of the airmen are still alive.