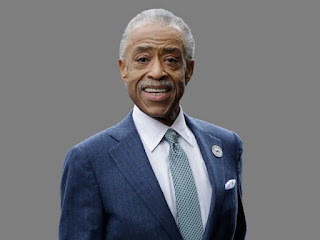 Food for thought! While African Americans are not monolithic and Al Sharpton does not speak for all of us, he is on target with this opinion piece that he wrote for USA Today about progressives failure to speak to African Americans. George L. Cook III African American Reports.

Democrats might care about issues that are important to us. But are they fueling African-American participation or interest? Not even close.

When Jesse Jackson ran for president during the 1980s, as when I ran in 2004, there were progressives in America just like there are today. Those progressives were well meaning individuals and politicians who shared our views and strongly believed in what we believed in. Despite this progressive political presence, our presidential campaigns were so important and necessary because the voices of black, brown and poorer white voters were not heard by the elites in American politics and government. Our agendas were not getting carried out. There was a great deal of talk back then, but no real action. That same dynamic holds true today.

While that progressive coalition purported to speak FOR the African-American voter, it did not talk TO African Americans. The so-called Hillary Clinton base of the party, while crushing Sanders, attracted substantially fewer black voters to turn out than in recent presidential primaries, and in the general election, running against a novice, the black voter turnout rate declined for the first time in 20 years in a presidential election, falling 7 percentage points compared to 2012. Arguably, that disinterested black vote cost Clinton the presidency.