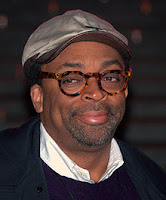 Spike Lee doesn’t like the way unemployed former 49ers quarterback Colin Kaepernick continues to be shunned by the NFL and he’s doing something about it.

The noted film director and writer announced with a tweet Tuesday he is staging a rally to support his fellow social activist Kaepernick at NFL headquarters in New York on Aug. 23.