Steve Harvey's wife advised him not to meet with Trump 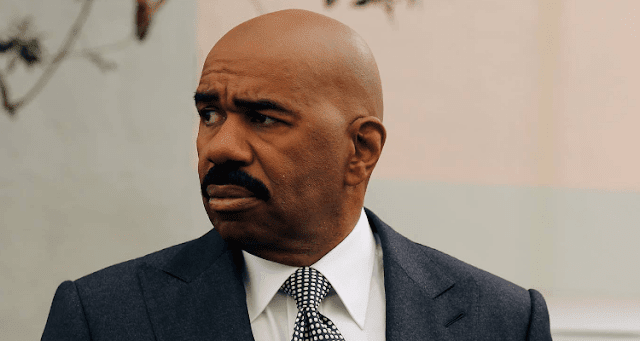 It seems that everyone's favorite TV/radio/game show host has the same problem many married men do, he doesn't listen to his wife, although in Steve's defense he may have lost track of who his current wife is. She advised him not to go to the ill fated meeting with Trump at Trump Towers, but instead of listening to her, Harvey decided to listen to his inner Uncle Ruckus. We all know how badly things went for Harvey after that meeting and in an article in the Hollywood Reporter Harvey discusses the aftermath. He discusses ignoring his wife's advice, meetings with Ben Carson, and the fact that he is STILL surprised by the backlash from the black community that he received.

On ignoring his wife's advice:

Now, here's the crazy thing: I'm supposed to be on a boat for my 60th birthday, so my wife says, "Steve, just take off [and skip the meeting]. You'll meet with him some other time." God, I should've listened.

The backlash. It was so vicious that it really threw me. I was being called names that I've never been called: Uncle Tom. A coon. A sellout. Because I went to see this man?! Which only happened because my business partner got a call from the Obama transition team, who said that the Trump transition team would like to set up a meeting. The Obama team said they thought it would be a good idea because the president is encouraging dialogue.

On meetings with Ben Carson:

I've been to HUD twice. I've met with Dr. Carson and we're actually trying to get it started. We've had meetings, and now we're just waiting on the final notes. We have several teams in place. Hopefully before the year goes out, we'll be making the announcement about the first vision center.