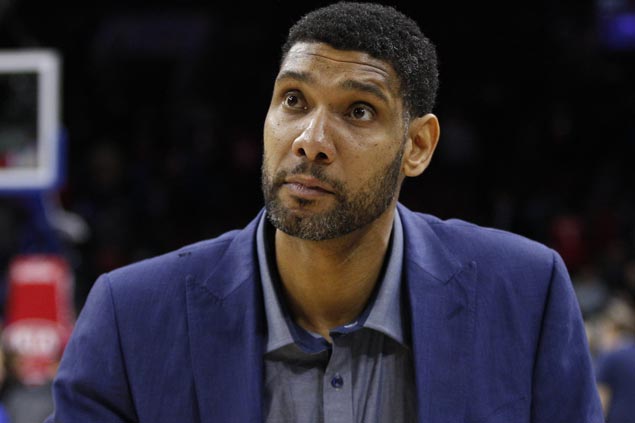 Retired NBA superstar and five time champion with the San Antonio Spurs, Tim Duncan has proven once again that he is a champion both on and off the court. In the aftermath of Hurricane Irma, the U.S. Virgin Islands native penned a piece on The Player's Tribune asking for donations to help the islands which were devastated after the storm hit.

Right now as I type this, the U.S. Virgin Islands — the place where I was born and where I grew up — has been badly damaged by Hurricane Irma. The people there, many of whom are old friends of mine, are suffering. Weather reports say that another Category 5 storm, Hurricane Jose, is close behind. No one knows what the place will look like when the rain stops.

Now time is of the essence.

I’m donating $250,000 immediately — tonight — to the storm relief efforts in the U.S. Virgin Islands. And going forward, I pledge to match your donations up to the first $1 million. That’s where you come in: You can go here to make a donation.

In response donors have given over 1 million dollars to help the people of the U.S. Virgin Islands at the time of this posting.

"I'm blown away by it," Duncan said Sunday during a news conference at the San Antonio Food Bank. "In this day and age, it's a little easier to reach a lot of people, and people have come out from everywhere. I've looked down the list of donors, and I've recognized some names. I've gotten support from the Spurs, H-E-B and the food bank -- all across the board. It's just been an amazing response."