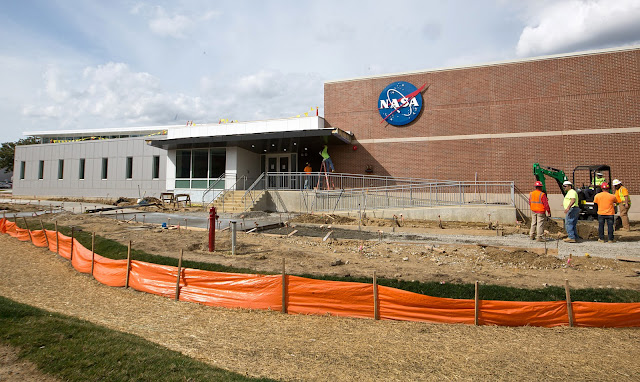 NASA Langley Research Center has named their new Computational Research Facility building after Katherine G. Johnson, who started working for NASA in 1953 as a mathematician who helped launch America into the space race with the Soviet Union. Her story was told in the Hidden Figures where she was portrayed by Taraji Henson.

Katherine Johnson just turned 99 years old, and her life is on a roll.

She was awarded the Presidential Medal of Freedom, spoke on stage at the Academy Awards and saw her career developed into a best-selling book and a hit movie adaptation. She will get her own LEGO figure later this year.

Next up: On Sept. 22, NASA Langley Research Center — where she worked for more than three decades as a “human computer” in the early days of the nation’s space program — will formally open a new building named in her honor. The Katherine G. Johnson Computational Research Facility will be a state-of-the-art lab for innovative research and development supporting NASA’s exploration missions.

“It’s a perfect storm in that we were building a computational research facility, and that’s what she did as a human computer,” said Mike Finneran, from NASA Langley’s communications department. “It made sense to name it after her. It fits, and it’s the right thing to do.”