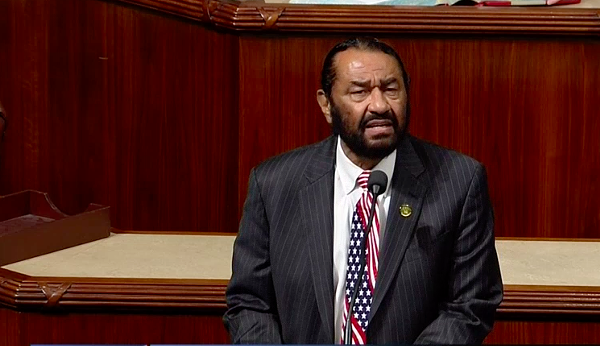 U.S. Rep. Al Green, a Houston Democrat, introduced formal articles of impeachment against President Donald Trump on the House floor Wednesday but there was little enthusiasm for the move even among Green's Democratic colleagues.

U.S. Rep. Al Green, a Houston Democrat, introduced formal articles of impeachment against President Donald Trump on the House floor Wednesday, then abruptly stepped back from the measure later in the day.

In his argument for impeaching the president, Green read out several of Trump's tweets, arguing that his statements on several recent national controversies had “incited bigotry” against various minority groups, including African-Americans playing in the National Football League, transgender individuals serving in the military and Puerto Ricans recovering from a natural disaster. During his long-shot impeachment pitch, Green also criticized the president’s failure to condemn an August white supremacist rally in Charlottesville, Virginia, and called Trump out for claiming to have won the popular vote in November’s presidential election.

Just before the first round of afternoon votes, the presiding officer of the House floor called on Green to offer his resolution to move forward, but Green did not appear on the floor.

Green later told reporters that he wanted to allow more time for his colleagues to examine the legislation. But there was also active pressure put on the congressman to stop the effort, according to a half-dozen House Democratic sources.