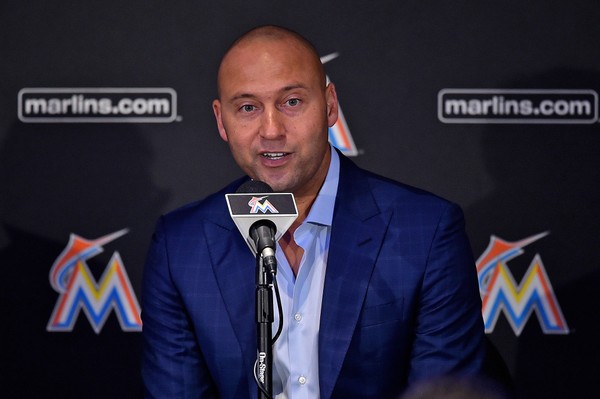 Derek Jeter wouldn’t say whether he would take a knee during the national anthem if he still were playing, but the Marlins’ new co-owner and future Hall of Famer wouldn’t have a problem if one of his players chose to protest social injustice and police brutality by doing so.

“Peaceful protest is fine,” the Miami CEO said Wednesday at the 21st annual Turn 2 Foundation Dinner at Cipriani on Wall Street. “You have a right to voice your opinion, as long as it’s a peaceful protest.”

As a player, Jeter rarely discussed social issues. But when asked his feelings about athletes taking a knee, which has become a major topic of discussion since former 49ers quarterback Colin Kaepernick took a knee last year as a form of protest and has been followed by many other NFL players, he had no problem sharing his opinion. One MLB player, Athletics catcher Bruce Maxwell, has taken a knee. Growing up biracial in Michigan, Jeter faced racism, and has said it shaped his life.

“The thing that I think is probably frustrating with this whole rhetoric that’s going back and forth is people lose sight of why someone was kneeling,” Jeter said. “They’re focused so much on the fact they are kneeling, as opposed to what they are kneeling for.