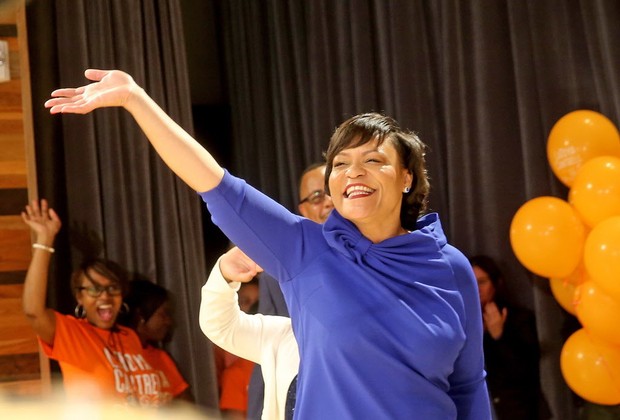 LaToya Cantrell was coasting to victory and into the history books on Saturday, becoming New Orleans’ first female mayor. With more than a third of the voters counted, she was on the way to a resounding win against her opponent, former Judge Desiree Charbonnet who, despite a substantial early fundraising edge, could not recover from political action committee attacks that largely did the political dirty work and allowed Cantrell to keep her hands clean.

With a sizable mandate, Cantrell will take over as New Orleans’ 51st mayor as the city marks the 300th anniversary of its founding.

Cantrell told the crowd she had spoken to Charbonnet over the phone and congratulated her on making history. "Our history was two women making that runoff, and we both deserve to be proud of that," Cantrell said.

Cantrell started the race as an against-the-odds candidate who struggled to raise money early in the race. She finally broke out of the fundraising slump once she topped Charbonnet by nine points in the Oct. 14 primary.