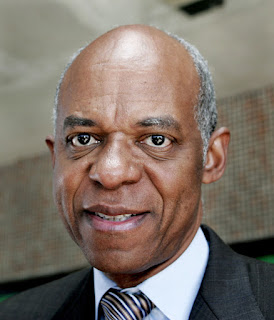 A former congressman convicted nearly a decade ago on bribery charges had his sentence reduced Friday to time served, knocking nearly eight years off a prison term in the wake of a Supreme Court ruling make it tougher to convict public officials of bribery.

The resentencing ended a 12-year legal saga for William Jefferson, a Louisiana Democrat, whose case made headlines in 2005 after he was caught with $90,000 stashed in his freezer.

Jefferson walked out of an Alexandria courtroom a free man Friday, now facing only a year of post-release supervision after serving five years and five months of his original 13-year-prison sentence.

"I'm going to go back home and get a Christmas dinner," a smiling Jefferson told reporters after Friday's hearing.

Jefferson, 70, was convicted on 10 bribery-related counts in a 2009 trial. In October, though, the judge who sent him away ordered him freed. He said that a 2016 ruling by the Supreme Court overturning the conviction of former Virginia Gov. Bob McDonnell on corruption charges changed the law as to what constitutes an "official act" for which a public official can be charged with bribery.

The judge, T.S. Ellis III, tossed out seven of ten counts of conviction against Jefferson, and said Jefferson was entitled to a new sentencing hearing on the three counts that held up.

The new landscape prompted prosecutors and Jefferson's lawyers to negotiate, and this week they jointly proposed a universal settlement in which Jefferson's sentence would be reduced to time served plus a $189,000 fine, which amounts to what has already been collected on a $470,000 judgment entered at the time of his conviction.

At Friday's hearing, Ellis had the option to impose a stiffer sentence, but said the negotiated deal represented a reasonable conclusion to the case.