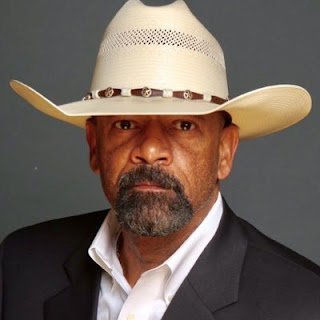 Feds dropped their case against him in May, but Milwaukee investigators determined he had abused his authority, the filing reveals.

Former Sheriff David Clarke abused his authority when he ordered the mistreatment and intimidation of a fellow passenger on a flight to Milwaukee in January, according to a newly revealed FBI search warrant affidavit, because Clarke assumed the man was showing disrespect toward the right-wing Donald Trump booster.

The affidavit, which had requested a search of Clarke’s private email account, was revealed as part of a filing in U.S. District Court in Wisconsin on Thursday. It’s unclear if it indicates continued interest by the FBI or just details information from months earlier.

In May, federal prosecutors informed Clarke’s attorney that they weren’t going to pursue charges against him over his encounter with passenger Dan Black. But according to the affidavit, filed in March, investigators for the Audit Services Division of the Milwaukee County controller’s office determined as part of its own investigation that Clarke had “used his official position as sheriff of Milwaukee County in excess of his lawful authority to direct his deputies to stop and question Black without legal justification.”

Despite the damaging information in the affidavit, the Department of Justice sent a letter to Clarke’s attorney in May saying that a decision had been made “not to criminally prosecute any civil rights offenses” against Clarke because of concerns that such a case would be difficult to prove “beyond a reasonable doubt.” The letter warns, however, that the “decision could change if additional information came to light.”