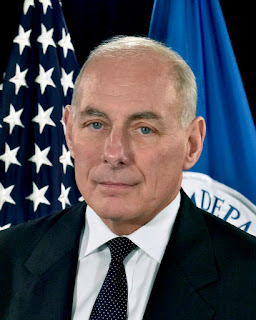 White House Chief of Staff John Kelly confirmed Tuesday that he met with a group of black Republicans and asked them to submit their resumes if they were interested in working for the Trump administration.

"I met with them just for a few minutes and said we are looking for talented young men and women of any age that would be willing to come and serve the country for some period of time," Kelly said he told the group.

Kelly also asked his guests to spread the word around, in case they knew people who were looking for "something that is very fulfilling."

"We're looking for good people," he said.
Posted by Councilman George L. Cook III at 7:17 AM