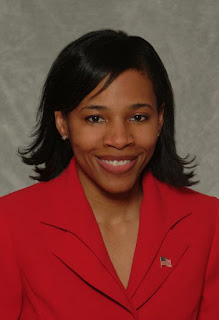 The secretary of state is the chief election official, but also oversees the state's $44 billion tourism industry and is responsible for administering artistic, cultural and historical programs. Murphy said the position requires a "tested" leader who understands both business and law and "respects the vast cultures which make our state a melting pot." In Way, he said, he and Lt. Gov.-elect Sheila Oliver have found someone who fulfills those requirements and will "serve New Jersey with distinction."

Way was appointed to the Passaic County Freeholder Board in 2006 and served as its director in 2009. She spent five years as an administrative law judge and taught law at Fairleigh Dickinson University. She is currently the special counsel for the county's Board of Social Services.

"I look forward to working with the governor-elect to make democracy real for all residents of New Jersey through maintaining and strengthening voting rights and common-ground efforts to modernize the voting process, and I hope to ensure the integrity of the voting process," she said during a news conference in Trenton, where she was joined by three of her four daughters and her husband, Charles, a former running back for the New York Giants.