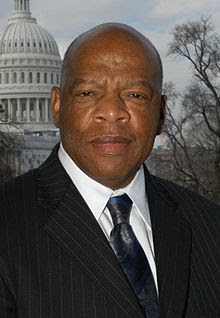 Rep. John Lewis (D-Ga.) said Wednesday he is reconsidering whether to attend this weekend’s opening of the Mississippi Civil Rights Museum after the White House announced President Trump will be there.

“It’s going to be very difficult for me to be there and be on the same platform with him," Lewis told the Atlanta Journal-Constitution.

Lewis was scheduled to speak at the museum opening on Saturday in Jackson, Miss. However, he told the newspaper that Trump's attendance would be inappropriate, citing his response to an August white nationalist rally in Charlottesville, Va., in which Trump said there was blame on "both sides" for violence that ensued.

“I think his presence would make a mockery of everything that people tried to do to redeem the soul of America and to make this country better,” Lewis said.

Read more: John Lewis says he may not attend Mississippi Civil Rights Museum opening if Trump is there