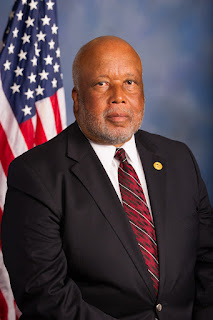 U.S. Representatives Bennie G. Thompson, D-Miss., and John Lewis, D-Ga., will not attend the grand opening of the Museum of Mississippi History and the Mississippi Civil Rights Museum in protest of Donald Trump making an appearance at the ceremonies. The two released the following joint press release:

“After careful consideration and conversations with church leaders, elected officials, civil right activists and many citizens of our congressional districts, we have decided not to attend or participate in the opening of the Mississippi Civil Rights Museum.

“President Trump’s attendance and his hurtful policies are an insult to the people portrayed in this civil rights museum. The struggles represented in this museum exemplify the truth of what really happened in Mississippi. President Trump’s disparaging comments about women, the disabled, immigrants and National Football League players disrespect the efforts of Fannie Lou Hamer, Aaron Henry, Medgar Evers, Robert Clark, James Chaney, Andrew Goodman, Michael Schwerner and countless others who have given their all for Mississippi to be a better place.

“After President Trump departs, we encourage all Mississippians and Americans to visit this historic civil rights museum.”